Utility companies can benefit considerably from the utilization of concentrating solar power (CSP) and available energy storage methods, a new study from the US Department of Energy’s National Renewable Energy Laboratory (NREL) has found.

A CSP that possesses a 6-hour storage capacity works well to lower peak net loads for the part of the day when the sun isn’t shining. That’s “enough to add $35.80 per megawatt hour to the capacity and operational value of the utility, compared to photovoltaic (PV) solar power alone, and even higher extra value when compared to CSP without storage. The net load is the normal load minus variable renewables such as photovoltaic and wind.”

The thermal storage creates additional value because it allows CSP to replace the gas-fired generation that is used during peak loads and is more expensive, and also because it works to even out the solar power generation throughout the day, rather than a big bump during the day and big drop-off at night.

This study is one of the first where “the operational and capacity value of CSP with thermal storage has been evaluated using a production cost model, a traditional utility planning tool,” NREL writes.

The researchers used Energy Exemplar’s PLEXOS simulation model to specifically isolate the value of thermal energy storage (TES) with and without storage relative to other generation methods.

“We’ve known for a long time that CSP with storage adds significant value, however, we are now able to quantify this value in the language utilities understand,” said Mark Mehos, manager of NREL’s Concentrating Solar Power program. More

Given the amount of solar energy that SIDS and many tropical and sub-tropical countries have this is a most logical policy. Editor

BRIDGETOWN, Barbados, Dec 13 2012 (IPS) – With the exception of oil rich Trinidad and Tobago, most, if not all, other Caribbean islands are extremely vulnerable when it comes to the high costs of imported fuels that are easily disrupted by natural disasters and other phenomena. 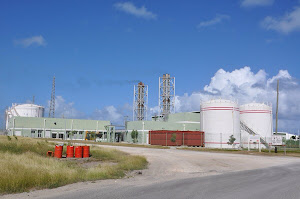 Barbados, for example, has spent an estimated four million dollars on oil imports in 2011, equal to six percent of its gross domestic product (GDP). This amount has had a direct negative impact on direct production costs and the overall competitiveness of the Barbadian economy.

The island’s prime minister, Freundel Stuart, however, pointed out that “although many small island developing states are energy deficient in conventional energy, limitless potential for renewable energy and energy efficiency resides in our countries”.

Stuart said that the fundamental issue is how small island developing states (SIDS), which have “inherent structural problems and limited resources”, can “convert this renewable energy potential into a tangible product that is accessible, affordable and adaptable”.

Barbados has been actively promoting sustainable energy practices both on the supply side, mainly using renewable energy sources, and on the demand side, encouraging energy efficiency and energy conservation, in an effort to reduce its dependence on fossil fuels, enhance energy security and stability, improve the economy’s competitiveness and achieve greater environmental sustainability.

Barbardos has more than 40,000 solar water heaters that save the country nearly 13 million U.S. dollars every year. “We are using the country’s success in this industry as a platform for renewable energy development,” Stuart said.

The Caribbean Community (CARICOM) observed its second annual CARICOM Energy Week from Nov. 11-17 under the theme of “sustainable energy powering a green economy”. The Energy Week was established in 2011 to provide a platform for increased awareness about energy matters, especially given the critical importance of energy to economic developmenHour Grows Late to Act on Climate Change, Caribbean Warns

This year, the Community focused on building awareness about energy conservation and efficiency, as well as the development of renewable energy. It also focused on the necessity of a cleaner, greener energy outlook to mitigate the effects of climate change.

Currently, the Caribbean region depends heavily on imported petroleum and petroleum products, to the tune of 9 billion U.S. dollars per year over the last few years.

Stuart’s Antigua counterpart, Prime Minister Baldwin Spencer, told IPS that energy in all its various forms is essential to all forms of economic and social development. Energy Week provided an opportunity to reflect on the uses of energy in Antigua and Barbuda and develop strategies for promoting its efficient and sustainable use.

“As a small island state, Antigua and Barbuda is also among the countries most vulnerable to global climate change resulting from the use of fossil fuels, and therefore must lead by example in promoting sustainable uses of energy resources, including through energy conservation and energy efficiency,” he said. More

How Many More Sandy’s Will It Take

Ambassador Ronny Jumeau, leader of the Seychelles delegation, speaks out as the 18th UN Climate Summit in Doha threatens a disappointing end.

Comments Off on How Many More Sandy’s Will It Take