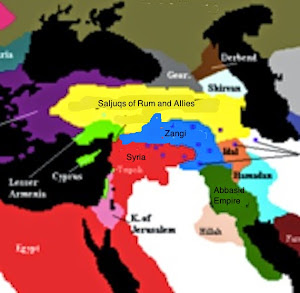 Islands around the world are heavily reliant on costly oil imports from distant locations which can burden government budgets and inhibit investment in social and economic development. 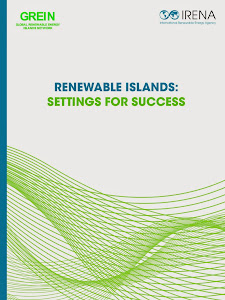 But how should islands go about attracting the investment to put these resources to use? The case studies in this short report are meant to show that a wide variety of islands in different locations and at different levels of development can all attract investment in cost-effective renewable energy resources through a mix of four key ingredients: » Political priority to attract investment

Political priority to attract investment in renewable energy on an island results from a realisation by its people, its utilities and its leaders that it is paying too much money for electricity and renewable power offers a way out. To be credible and have an impact, the political priority must be clearly articulated by ministers and embodied in legislation.

An effective market framework for investment must ensure that the electricity market is open to participation by all types and sizes of players who could profit by installing renewable power facilities. These include incumbent utilities, independent power producers, and building owners. Regulations should make it profitable for utilities to invest in cost-effective renewable power options. They should also make it possible for independent power producers to invest in such options – directly or through power purchase agreements with the utilities. And they should make it profitable for building owners to install photovoltaic power systems through net metering arrangements whereby the value of electricity they provide to the grid is credited to their electric bill.

Technical planning is needed to ensure that investment in renewable power options is consistent with the economic interests of the island and does not impair the reliability of service. Some sort of integrated resource planning should be done to ensure that an optimal mix of energy options is chosen for the island, to minimise costs within the constraints of preserving the environment, promoting public health, and serving other social objectives. And grid stability analysis is needed to ensure that the grid remains stable and service remains reliable as the share of variable renewable generation grows.

Looking at islands in oceans around the world, this report shows how these four factors have combined to create successful settings for renewable power investment. Download PDF

The Decade of Sustainable Energy and the Post 2015 Development Agenda

Decade of Sustainable Energy for All: We have now entered the Decade of Sustainable Energy for All, 2014 – 2024, which was established by a resolution of the United Nations General Assembly in December 2012. Inter alia, the resolution highlights the goals of increased energy access, renewable energy (RE) usage and energy efficiency (EE). The focus of the resolution recognises that sustainable development is not possible without sustainable energy (SE), as well as, the reality that one in every five persons on the planet still lacks access to electricity, while one in every three does not have access to clean cooking fuel.

UN Secretary-General Ban Ki-moon during the launch of the SE4ALL Initiative, stated that “With Sustainable Energy, countries can leapfrog over the limits of the energy systems of the…

Published on May 21, 2014 • For centuries, alchemists have tried to turn lead into gold. That transmutation has long

been proven impossible, but another similar dream – turning water into fuel – seems to be achievable. Scientists at a 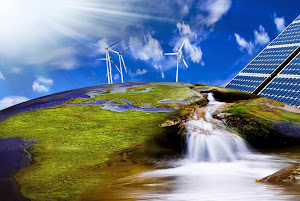 That is one of the conclusion of the new Renewables Global Status Report published by REN21, “the global renewable energy policy multi-stakeholder network.”

The Renewables Global Status Report relies on up-to-date renewable energy data , provided by an international network of more than 500 contributors, researchers, and authors.

These 95 developing nations make up the vast majority of the 144 countries with renewable energy support policies and targets in place. The rise of developing world support contrasts with declining support and renewables policy uncertainty and even retroactive support reductions in some European countries and the United States.

In 2013, an estimated 6.5 million people worldwide worked directly or indirectly in the renewable energy sector. O ther important developments include:

• Renewable energy provided 19% of global final energy consumption in 2012, and continued to grow in 2013. Of this total share in 2012, modern renewables accounted for 10% with the remaining 9% coming from traditional biomass the share of which is declining.

• Heating and cooling from modern biomass, solar, and geothermal sources account for a small but gradually rising share of final global heat demand, amounting to an estimated 10%.

• Hydropower rose by 4% to approximately 1,000 GW in 2013, accounting for about one-third of renewable power capacity added during the year. Other renewables collectively grew nearly 17% to an estimated 560 GW.

• The solar PV market had a record year, adding about 39 GW in 2013 for a total of approximately 139 GW. For the first time, more solar PV than wind power capacity was added worldwide, accounting for about one-third of renewable power capacity added during the year. Even as global investment in solar PV declined nearly 22% relative to 2012, new capacity installations increased by more than 32%. China saw spectacular growth, accounting for nearly one third of global capacity added, followed by Japan and the United States.

• More than 35 GW of wind power capacity was added in 2013, totalling just more than 318 GW. However, despite several record years, the market was down nearly 10 GW compared to 2012, reflecting primarily a steep drop in the U.S. market. Offshore wind had a record year, with 1.6 GW added, almost all of it in the EU.

• Growing numbers of cities, states, and regions seek to transition to 100% renewable energy in either individual sectors or economy-wide. For example, Djibouti, Scotland, and the small-island state of Tuvalu aim to derive 100% of their electricity from renewable sources by 2020.

• Uruguay, Mauritius, and Costa Rica were among the top countries for investment in new renewable power and fuels relative to annual GDP.

• Global new investment in renewable power and fuels was at least USD 249.4 billion in 2013 down from its record level in 2011. More