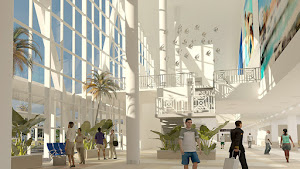 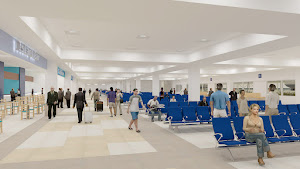 Commenting on the design created by Florida based firm RS&H Group, CIAA’s CEO Albert Anderson said, “The interior design is very impressive and I am confident that once completed the new expanded airport will be a first-class terminal facility 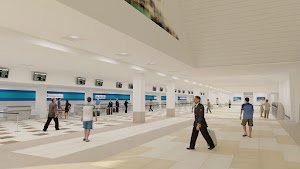 The CI$55 million expansion project should take around three years to complete and will nearly triple the current space at the airport. Construction on the first phase of the project is expected to begin this summer.

Here is the Cayman Islands Government's chance to save money and show their support for alternative energy. Covering the roof and parking lots with solar panels, and using LED lighting would set an example for Caymanians and Caymanian businesses to follow. Editor

The future of the Caribbean

The Caricom headquarters in Guyana

The following is a presentation by Ambassador Irwin LaRocque at the Forum on the Future of the Caribbean, held at the University of the West Indies, St Augustine Campus, on May 6, 2015.

It is indeed a pleasure for me personally, as well as the Caricom Secretariat, to be associated with this “one of a kind” event. This “Forum on The Future of the Caribbean” could not be more timely and relevant, given the challenging regional and international circumstances.

I am particularly heartened by the range of participants involved during these three days. I look forward to the practical outcomes and policy directions to be derived from this exercise in ‘disruptive thinking’ which I am sure will stimulate ideas and debate.

This forum owes its genesis to the vision of Winston Dookeran, minister of foreign affairs of Trinidad and Tobago, himself a disruptive thinker. Minister…

Comments Off on The future of the Caribbean

Peak oil is the point in time when the maximum rate of extraction of petroleum is reached, after which the rate of production is expected to enter terminal decline. There is a general consensus between industry leaders and analysts that world oil production has/will peak between 2010 and 2030. Many oil producing countries have already experienced peak oil.

This map shows which countries have peaked and which have yet to peak. It shows the estimated years of peak oil production for the top 25 oil producing countries in the world today.

Comments Off on Peak Oil by Country

19 May 2015: The International Renewable Energy Agency (IRENA) has released a report stating that the renewable energy industry employs more than 7.7 million people worldwide, an 18% increase from 6.5 million in 2014.

Kandeh Yumkella, Special Representative of the UN Secretary-General for Sustainable Energy for All (SE4ALL) Initiative, underscored the importance of the findings at the Second SE4ALL Forum being held 18-21 May 2015 in New York City, US.

The largest renewable energy employers worldwide are the solar PV industry with 2.5 million jobs, liquid biofuels with 1.8 million jobs, and wind power, which passed the one million job mark for the first time. Solar, wind, biofuels, biomass, biogas and small hydropower have all seen employment increases, according to the report.

Other findings include: France leads Europe in biomass, ground source heat pumps and biofuels employment; China is the world’s largest overall renewable energy employer with 3.4 million jobs; Brazil is the leading employer in biofuels with 845,000 jobs; total solar employment in the US increased 22% from 142,700 to 173,800, with employment of women increasing from 26,700 to 37,500; and Germany is the leading renewable energy employer in Europe with 371,400 jobs. [IRENA Press Release] [Publication: Renewable Energy and Jobs – Annual Review 2015] More

The world is likely to build so many fossil-fuelled power stations, energy-guzzling factories and inefficient buildings in the next five years that it will become impossible to hold global warming to safe levels, and the last chance of combating dangerous climate change will be “lost for ever”, according to the most thorough analysis yet of world energy infrastructure. 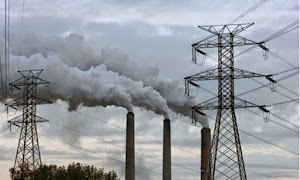 Anything built from now on that produces carbon will do so for decades, and this “lock-in” effect will be the single factor most likely to produce irreversible climate change, the world’s foremost authority on energy economics has found. If this is not rapidly changed within the next five years, the results are likely to be disastrous.

“The door is closing,” Fatih Birol, chief economist at the International Energy Agency, said. “I am very worried – if we don’t change direction now on how we use energy, we will end up beyond what scientists tell us is the minimum [for safety]. The door will be closed forever.”

If the world is to stay below 2C of warming, which scientists regard as the limit of safety, then emissions must be held to no more than 450 parts per million (ppm) of carbon dioxide in the atmosphere; the level is currently around 390ppm. But the world’s existing infrastructure is already producing 80% of that “carbon budget”, according to the IEA’s analysis, published on Wednesday. This gives an ever-narrowing gap in which to reform the global economy on to a low-carbon footing.

If current trends continue, and we go on building high-carbon energy generation, then by 2015 at least 90% of the available “carbon budget” will be swallowed up by our energy and industrial infrastructure. By 2017, there will be no room for manoeuvre at all – the whole of the carbon budget will be spoken for, according to the IEA’s calculations. More