Scottish Wind Power Is So Efficient, It Could Power Two Scotlands

Scotland produced enough power from wind turbines in the first half of 2019, that it could power Scotland twice over. Put another way, it’s enough energy to power all of Scotland and most of Northern England, according to the BBC — an impressive step for the United Kingdom, which pledged to be carbon neutral in 30 years. 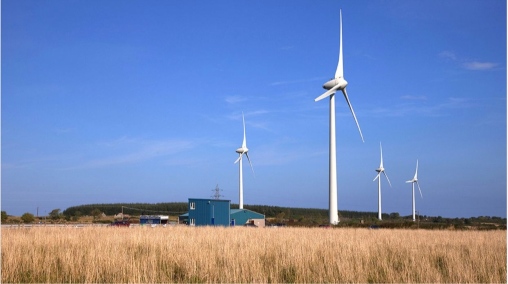 The Scottish wind turbines captured nearly 10 million megawatt-hours of electricity in the first six months of the year. That was enough energy to supply power to 4.47 million homes, which is far more than the 2.6 million homes Scotland has, as Science Alert reported.

“These are amazing figures, Scotland’s wind energy revolution is clearly continuing to power ahead,” said Robin Parker, the Climate & Energy Policy Manager at the World Wide Fund for Nature (WWF) Scotland office, in a statement. “Up and down the country, we are all benefiting from cleaner energy and so is the climate.”

March set a new bar for wind energy generation in March with nearly 2.2 million megawatt hours produced in the month, while May was the low-water mark with nearly half that.

“These figures show harnessing Scotland’s plentiful onshore wind potential can provide clean green electricity for millions of homes across not only Scotland, but England as well,” said Parker. “It’s about time the UK Government stepped up and gave Scottish onshore wind a route to market