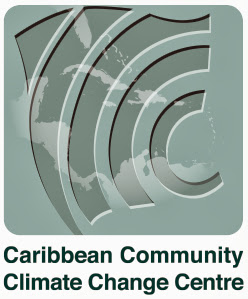 Implementation of adaptation measures to address the absence of fresh water and coastal vulnerabilities in Bequia, St. Vincent and the Grenadines

The Special Program for Adaptation to Climate Change (SPACC) pilot project “Implementation of adaptation measures to address the absence of fresh water and coastal vulnerabilities in Bequia, St. Vincent and the Grenadines”, was implemented in Bequia, Saint Vincent and the Grenadines by the World Bank, acting as the implementing agency for the Global Environment Fund (GEF), and the Caribbean Community Climate Change Centre (CCCCC), acting as the executing agency.

Background Bequia is the largest of the Grenadines islands, approximately 7 square miles in size, with a population of 4,874 (1991 census). Due to its size and geology, the island has no surface water and no known underground source. Approximately 30% of the island is covered with scrub vegetation of no market significance. The livelihood of the people of Bequia is tied to the surrounding coastal sea. Most natives are fisher folks or sailors. Given the absence of surface water and the calciferous nature of the soil, fresh water resource is a major issue for Bequia. Bequia’s need for water Bequia’s very limited water resources are being threatened by climate change. For people living in Bequia it is clear that dry spells are becoming unusually long, or that the pattern of the rainy season has changed. Water availability to key critical ecosystems is at greater risk as the limited water available is tapped or harvested by households due to the rain water supply systems that no longer meet their water needs. At present, there is no water distribution system in the island of Bequia. Each household has traditionally solved its water supply needs by building individual rain collection systems. It is indicated that up to 30% of the construction cost of a house in Bequia is allocated to the rain harvesting system. 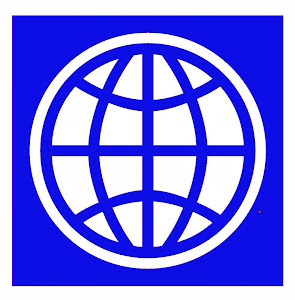 The community and climate change

Of particular concern is the Paget Farms community (Figure 1) where the least wealthy population of the island lives. The entire community relies exclusively on rain water harvesting as the source of potable domestic water. In fact, many of the households in the Paget Farms community, the population targeted by this pilot, are equipped with underground storage that fill during the rainy season. The others utilize one or more glass reinforced plastic tanks that do not always satisfy their needs throughout the season and water supplies have sometimes had to be supplemented by purchase of water transported by barge from Kingstown. Current trends in precipitation confirm what Global Circulation Models predict: there are longer periods of drought, followed by shorter, more intense precipitation events. Moreover, sea level rise is threatening coastal aquifers through saline intrusion. Both factors are already threatening water supply stability for already stressed populations, which in turn Figure 1 : Paget Farm community in Bequia, with Fisheries Complex in the foreground leads to over-exploitation of aquifers and natural resources, endangering the fragile ecosystems and associated biodiversity.

The pilot project in Bequia was aimed at exploring an integrated, sustainable solution to face these challenges: the combination of a renewable, carbon-free energy generation source (photovoltaic system), with a reverse osmosis desalination plant whose input is inexhaustible sea water. The low-maintenance renewable energy source offsets the high energy demand of the plant by providing all the energy required plus some excess energy for the island, with the additional revenue generated covering operation and maintenance costs. This combination has been proven to be both technically and economically viable, and showcases a robust, sustainable approach to the issue, with a very strong replication potential elsewhere in the Caribbean, where similar zones are suffering similar stress. Download PDF

As the report above states that 'Current trends in precipitation confirm what Global Circulation Models predict: there are longer periods of drought, followed by shorter, more intense precipitation events. Moreover, sea level rise is threatening coastal aquifers through saline intrusion.', all Small Island Developing States (SIDS) should be implementing Plan B. A Plan B is necessary from the perspective of energy security. Should the geo-political situation in the Persian Gulf deteriorate the price of petroleum (oil) could rise dramatically making water unaffordable to residents of islands wholly dependant on fossil fuel produced electricity for their water production. The Cayman Islands has no Plan B. The response from the Water Authority, when questioned what their options were if the was a spike in the cost of diesel stated that they would have to raise their cost to the consumer. Editor

LONDON — Lockheed Martin Corp. and China's Reignwood Group will build a plant to generate electricity from differences in ocean temperatures, using technology the U.S. defense company previously worked on in the 1970s.

The 10-megawatt facility powered by ocean thermal energy conversion, or OTEC, may spur use of a technology that has the potential for billions of dollars of projects, Bethesda, Maryland-based Lockheed said on its website. The plant will produce power for a Chinese resort being built by Reignwood.

While OTEC systems are able to produce round-the-clock power, clean drinking water and hydrogen for use in electric vehicles, there are no commercial-scale plants in operation.

The agreement with Reignwood may be the foundation to develop OTEC power plants from 10 megawatts to 100 megawatts, Lockheed said in the statement. A commercial-scale plant would have the capability to power a small city, it said.

Lockheed already has tested an OTEC plant that ran for three months and produced 50 kilowatts of electricity. It got $12.5 million from the U.S. Navy to develop a pilot facility. More

Comments Off on Lockheed, Reignwood to Build Ocean Thermal Power Plant for China

Palau will receive US$4 million to establish a solar-powered desalination project, to ensure a regular and reliable supply of safe drinking water to residents in Peleliu, Palau. The project includes the installation of a solar-powered Reverse Osmosis (RO) plant that desalinates groundwater using solar energy, producing fresh water. The solar power generation system will produce approximately 98,820 kilowatt hours (kWh) of energy per year, contributing 0.11% electricity towards Palau’s current power generation. Palau’s Ministry of Public Infrastructure, Industries and Commerce through the Energy Office will be the focal point for the project, and the Bureau of Public Works will operate and maintain the systems upon completion.

A similar project was approved for the Marshall Islands, which will receive US$3,150,105 to establish the Potable Water Solutions for Outer Islands by Photovoltaic (PV) Reverse Osmosis (RO) System Project. This project will assist islands in maintaining water supply while minimizing the effects of long, dry periods of little to no rainfall. Under the project, small portable solar PV powered RO systems will be installed at community elementary schools in each outer atoll, providing 150 to 300 gallons of fresh potable water daily.

The PEC Fund is a commitment by the Government of Japan to provide 6.8 billion Japanese yen (approximately US$66 million) to Forum Island Countries for the establishment of solar and desalination initiatives to address environmental challenges. Islands which have accessed the fund include Cook Islands, the Federated States of Micronesia, Fiji, Kiribati, Nauru, Niue, the Republic of Palau, Samoa, Solomon Islands and Tuvalu. [PIFS Press Release: Palau] [PIFS Press Release: Marshall Islands] More

There’s water everywhere on earth, but most is undrinkable or inaccessible. A new kind of wind turbine takes the water in the air and puts it into a form we can imbibe.

Water is everywhere, but there’s hardly a drop to drink. The vast majority of the Earth’s surface is either arid or salty ocean. Only 2.5% of our plant’s water resources are fresh, and just a tiny tiny fraction (0.007%) of that is available for direct human use.

Yet one of the largest sources of water is around us every day: the air. Even our deserts are awash in moist air. Israel’s Negev hits an annual average relative humidity of 64%. That translates into 1.2 centimeters of water for every cubic meter of air.

Israel’s Negev hits an annual average relative humidity of 64%: 1.2 centimeters of water for every cubic meter of air.

The problem, of course, is it rarely is moist enough to rain. Scientists have spent decades exploring ways to convert this water vapor into water for drinking or crops. Such trials include fog nets, as well as solar-powered brine pumps to suck moisture from the air. None have gained widespread adoption.

Now a French company, Eole Water, has successfully tested a wind turbine as a source of fresh water and renewable energy. Field trials in Abu Dhabi are yielding 132 to 211 gallons daily, and the company’s marketing director Thibault Janin says in the magazine Recharge that “the results have been very good.” The results “would be even better, of course, if it was placed in coastal or offshore areas where there is higher humidity and more wind.” More